It has been confirmed by the club that adult prices will remain £30 for fifth-round game after fans aired grievances.

A statement was released on Thursday by the Chelsea Supporters Trust criticising the decision of the club to increase prices for the visit of Jurgen Klopp’s side despite a freeze being written into a ticketing policy distributed to fans at the beginning of the season.

Chelsea have confirmed that ticket prizes for next month’s FA Cup fifth round tie at home to Liverpool next month will remain at £30 following pressure from the club’s supporters trust after an initial 35% rise had been announced.

Having confirmed the statement on the official website which reads: “In response to concerns raised by supporters through the Chelsea Supporters Trust (CST) around the pricing of tickets for our upcoming FA Cup fifth round tie against Liverpool, we can confirm that we will be returning the prices to the original level of £30 for adults and £15 for juniors and seniors.”

Liverpool are expected to stick with a young team having played their Under-23s in their fourth-round replay win over Shrewsbury Town on Tuesday as a protest relating to their winter break. 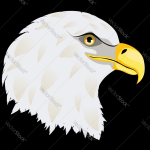 Hope Ovat is an undergraduate studying Food Engineering in the University of Uyo. Hope Ovat is a Publicist || Media Strategist || An Informer ||A Leader || Media Reporter || An Advertiser. Hope Ovat is the core Founder and CEO of SKYROLE GROUP.

7 ENGINEERING DISCIPLINE THAT CAN CATAPULT NIGERIA TO HER VISION 2020

16 Ways To Be Successful In School